Dramatically accelerate the efficient production of complex legal documents and thereby increase the profitability of our clients.

We offer a sophisticated software tool designed exclusively for trusts and estates and family law attorneys. Based upon the choices made by the attorney, this patented software automatically produces elegant documents that cover all of the issues that need to be resolved for the particular type of document. Trusts & estates products even generate a summary of the will or trust that is easily understood by the client. Our subscribers have informed us that Lawgic saves between 5-10 hours per plan, typically paying for itself in the first or second use.

Lawgic combines an intuitive question-and-answer process with relevant legal research, strategic analysis and dynamic text to guide professionals systematically through the creation of comprehensive, fully customized, complex legal documents. Lawgic's titles are supported by case law, treatises and statutes contained in the Resources section of each product. All products are highly state specific, both as to the content and the reference material. As the law changes the software is regularly updated by renowned practitioners from each state, helping professionals keep their documents legally current.

Over 90% of our clients renew their subscriptions each year a testimony to the value of this unique tool.

Director of Marketing and Business Development

Originally from Maryland, Allison came to Florida for college and never looked back!  She has embraced the lifestyle of year round access to tennis,  the ocean, and outdoor concerts, as long as there is an easy flight back to Baltimore to see her family and beloved Ravens and Orioles.

Allison has been with Lawgic since 2002 when she joined on a part time basis to help her father revitalize Lawgic.  Since then she has become the full time voice of Lawgic sales and renewals.

Director of Finance and Technology

Born and raised in a small Tennessee town, Anna's family moved to Florida in search of warmer weather and white sandy beaches. Anna joined the Lawgic team in 2002 as a web developer and database administrator. Her role at Lawgic has evolved to include managerial accounting duties and assistance on marketing projects.
For fun, she enjoys hiking, camping, and fishing. Before heading into the office, she likes to take a 30-minute hike through one of the city's urban trails or nature preserves to clear her mind.

Barbara has been with Lawgic since its inception when she was hired in late 1993 as its first employee. She has contributed to many areas of the company including product development, marketing, sales support, training and for 12 years as Director of Product Management.  Prior to Lawgic she worked as a shareholder relations manager and corporate paralegal for San Francisco law firms and Fortune 500 companies.  She is the author of three editions of a paralegal career book published by Peterson's Guides and holds an MBA degree from Golden Gate University.  In addition to her day job she continues to pursue her passion for dance and has choreographed, performed and taught for dozens of theater and dance companies in the SF Bay Area, NYC and Connecticut.

Brantley joined the company in 2013.  He has been tinkering with computers since the days of Windows 3.1, and is certified in C#/.net programming.

Raised in Florida, he currently lives in North Carolina where he enjoys weekend trips to the Blue Ridge Mountains with his family. Brantley is an avid music collector, and likes nothing more than playing "Name That Tune" with his two young children.

Brantley is a lifelong Steelers fan, much to the consternation of  the sales department.

Cindy has been in the software testing biz since 1989, when she began working for Brøderbund Software, testing productivity programs and educational games such as Carmen  Sandiego, Myst and Print Shop on all platforms. She later worked at Lego Mindstorms and Mindscape before moving over to Lawgic in 2000. Now, 20 years later, she still finds testing the Lawgic software to be a challenge that never grows old.

Her hobbies include surrounding herself with cats, music, and chasing the solar eclipse of the sun in faraway places.

Jeff started his career as a software developer, then made a change to college professor. He’s now back to development and joined Lawgic in 2021. He holds an MIS degree from Georgia State University.

Born and raised in Florida, he has been found living throughout the Southeast. In his spare time, he loves to travel and to be in the outdoors.

Lacy joined Lawgic in 1998 when she was living in California. In 2001 she moved to the mid-west and is loving the seasons and the great outdoors.

Currently she divides her spare time between her horses, the beauty of the local and northern lakes, and enjoying her hobby farm.

A certified K-8 teacher, she has always enjoyed helping people of any age to learn new skills.

While recovering from a serious accident, Mark taught himself the inner workings of Windows based computers.  He obtained his Microsoft certifications while programming and installing telephony systems for businesses in Jacksonville.  He joined Lawgic in that role and has expanded his skills to become our current programmer for all but the California products.  In his spare time, Mark also remodels houses, boats and RV’s  and tends to his 2 wonderful children and 2 dogs.

Rick joined Holland & Knight in 1980, and began skiing that same year. In 1998 he and Holland & Knight discovered Lawgic, and Rick converted to snowboarding that same year. He added to his duties as a Florida and Federal author in 2011 when he took over as CEO of Lawgic LLC.  In his spare time (what’s that?), Rick plays with his Dachsies and imagines ways to make a fantastic program even better.

Born and raised in Florida, Tammy joined Lawgic in 2006.  From accounting to customer service to trade show booth management, Tammy's behind-the-scenes magic helps keep things running smoothly for our employees and our customers!  When she isn't in the office you can find her enjoying her passion for outdoor adventures and music events.

Peter D. Bergsman and Fred D. Fagg, III, were pioneers on the Professional Computer Utilization Project at the Lewis and Clark Law School in Portland Oregon in the early 80s.  That program eventually evolved into  Expert Systems Publishing Company, trademarked as Lawgic in 1998.

In the 1970s, Peter developed software and computers for Burroughs Corporation.  After founding what would become Lawgic with Dean Fagg, he was the programming brains behind their products from 1984 through 2001. He is now retired, as both a lawyer and a software engineer, but continues to contribute to the company in several consulting capacities.

Fred began his legal career excelling in complex litigation in Los Angeles before becoming a professor, and then Dean, of the Lewis and Clark Law School in Portland Oregon.  At L&C he joined with Peter in creating a software system for lawyers to capture their ideas and work product.  After leaving L&C, Fred continued practicing law while developing Lawgic as a viable company.  Fred died in April of 2002.

Thank you for your interest in Lawgic! Learn how you can save on a Lawgic subscription!

In 1988, the late Fred D. Fagg, former Dean of the Lewis & Clark Law School , secured a grant from the M.J. Murdock Charitable Trust to pursue high-level software research at Lewis and Clark College in Portland, Oregon. Mr. Fagg and his team of programmers spent several years and over $10,000,000 designing a software program that combines an authoring tool and a run-time engine. It allows professionals to capture their practice knowledge and procedures and to dynamically apply that knowledge based on the unique circumstances of a matter. The program is protected by numerous patents. 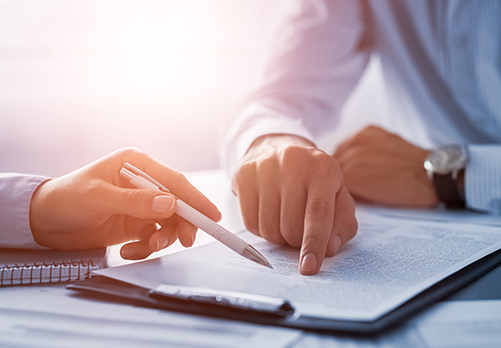